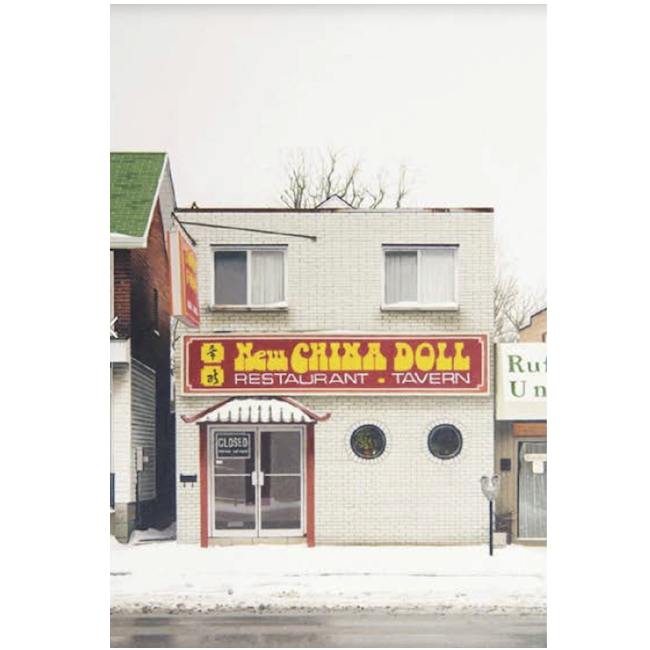 Toronto-based artist Mike Bayne’s oil painting China Doll features a diminutive Chinese food restaurant on an unremarkable block of Kingston’s Princess Street. The worn brick building is resolutely boxy with few flourishes apart from its coloured signage, vaguely Asian awning, and pair of willfully circular windows. The amount of detail in the image is astonishing, especially given its limited colour palette. Bayne often works in tones of white and, in this case, an overcast sky hovers above the white edifice with a snow-filled sidewalk at its base….Bayne’s paintings present typically Canadian scenes and are densely populated with mid-century buildings of middling architectural ambition. They’re painted head-on in medium shot, their contexts apparent but only enough to elucidate the subjects character. China Doll, for example amounts to a portrait, its square windows the eyes through which you might discern its soul. There’s life within these walls.

To read the entire article, please open the PDF listed below.