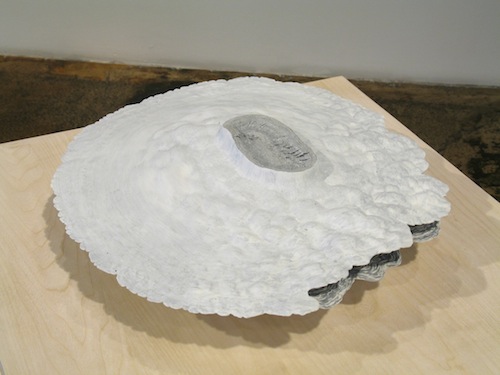 The Centre national des arts plastiques (CNAP, French national centre for the visual arts) and the CENTRALE for contemporary art (Brussels) present L’ORIGINE DES CHOSES. Taking its title from the quote by the great Latin poet, Virgil, “Happy is the one who knows the causes of things”, the exhibition becomes a riddle and seeks to go to the root of thought and the creative process.

In this exhibition, the artist becomes a lucid observer of the world, and particularly on the artistic creation. He freely plays with the forms of the historic avant-garde, casts a critical eye on the originality of forms and systems of thought, seeks to free himself from his glorious origins, and asserts the primacy of chance and gradual erasure.

Through a selection of some one hundred works from CNAP’s collection, including Chloë‘s Raw Sugar (2004-2009) by Eric Cameron,  this exhibition presents a plot in which the root of the work turns out to be the protagonist, from the definition of Robert BARRY’s doubt to the methodical destruction of Céline DUVAL’s origins, from the spontaneity of Nicolas SCHÖFFER’s movement to Michel BLAZY’s experiments.

The exhibition will extend across all the CENTRALE’s galleries and will place particular focus on the young French scene, well represented in the collections. The exhibition will also feature a video room covering the major themes of the tour going from the questions of Bruce NAUMAN on the definition of the role of the artist to the archaeological adventures of Louise HERVÉ and Chloé MAILLET. A catalogue will accompany the exhibition, to be published in March 2013.