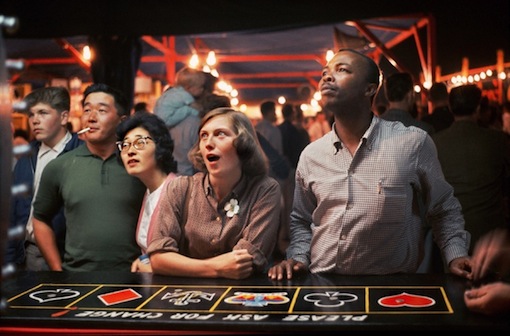 Congratulations are in order to Fred Herzog, the recipient of the 2014 Audain Prize for Lifetime Achievement in the Visual Arts.

Awarded annually by the Audain Foundation for the Visual Arts, the prize will be formally presented April 15 during a ceremony and reception at the Great Hall, Law Courts Building in Vancouver, British Columbia.

For more than half a century, since he arrived from Germany in the early 1950s, Fred Herzog has roamed Vancouver’s streets with his camera. He began his career as a medical photographer at St. Paul’s Hospital in 1957 and finished as an instructor in the Fine Arts department at the University of British Columbia in 1974.

His achievements were honoured with a retrospective of his oeuvre at the Vancouver Art Gallery in 2007; and his work was included in the acclaimed group exhibition Cartier-Bresson: A Question of Colour, held at Somerset House, London, England in 2013.

Herzog’s works are placed in collections across North America such as those of the National Gallery of Canada, Ottawa; the Vancouver Art Gallery; Glenbow Museum, Calgary; and Pier 24, San Francisco, to name a few.