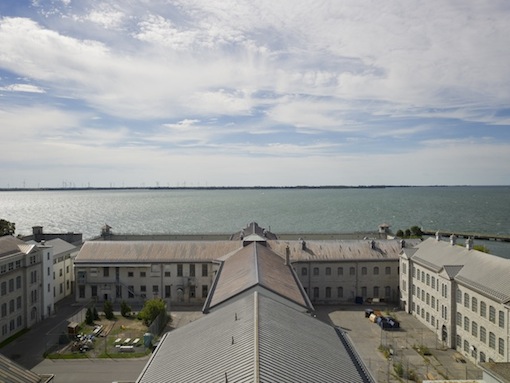 Born in Wales and now based in Toronto, James is a former journalist for Time magazine who has carved out an impressive career for the past 30 years, offering photographic studies of everything from 18th century gardens in Europe to the tense strip of borderland between San Diego and Tijuana. Inside Kingston Penitentiary, which was also released as a book, features more than 100 photographs taken in the six months before the prison’s Sept. 30, 2013 closure. They chronicle the everyday life and sights of the facility, from the inmate-painted murals, to visiting rooms, to imaginatively decorated cells and even Native ceremonies held within prison walls.

To read the entire article, please open the pdf listed below.