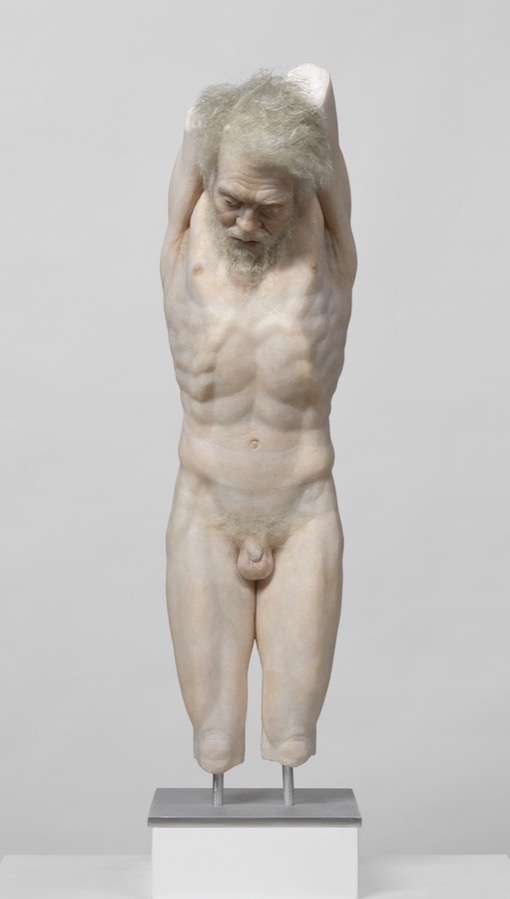 Evan Penny Lecture at the
Alberta College of Art + Design

As a prelude to the opening of the exhibition Haunting Holbein: Evan Penny, Christian Eckart & Vikky Alexander at TrépanierBaer, Evan Penny will be giving a talk at the Alberta College of Art + Design. Details listed below:

This is not a ticketed event; seating is assigned on a first-come, first-served basis.

Don’t miss out on this unique opportunity to hear Evan Penny speak about his practice and his new work!

Evan Penny is a conceptually-based figurative sculptor and photographer living and working in Toronto, Ontario. Born in South Africa in 1953, Penny immigrated to Canada in 1964. He completed his BA with Honours in 1975 and his MFA in Sculpture in 1978, both at Alberta College of Art + Design.

He has had numerous solo exhibitions around the world, including the Tomio Koyama Gallery, Tokyo; the Columbus Museum of Art, Ohio; the 49th Parallel, New York; and Galeria Sergovia, Spain, to name a few.  Penny’s work was the subject of a lauded solo exhibition titled Evan Penny: Re Figured. Curated by Daniel J. Schreiber of Germany’s Kunsthalle Tübingen, this large-scale survey exhibition included over 30 works, including larger-than-life sculptures and photographs. It was shown at European venues such as the Kunsthalle Tübingen, Germany (2011); the Museum der Moderne Salzburg, Austria (2012); and MARCA, Catanzaro, Italy (2012); and concluded its run at the Art Gallery of Ontario, Toronto, Canada (2012/2013). A comprehensive multilingual catalogue accompanied the exhibition. Evan Penny’s work will be included in 50 Years of Hyperrealist Sculpture at the Museo de Bellas Artes de Bilbao, Spain in the summer of 2016, and at MARCO, Monterrey, Mexico in the fall of 2016.