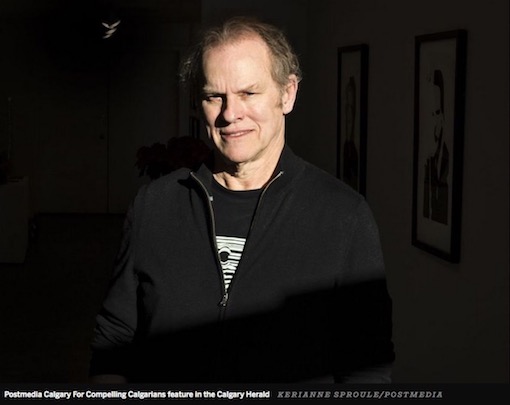 He’s an internationally renowned visual artist variously known as a godfather of Calgary’s art scene and a seriously funny man.

But Chris Cran describes his career as the perfect place for someone who has “always had an issue with authority.”

His career was launched in 1984, with The Self Portrait art series that featured Cran as the central character in everything from a man shooting himself in the foot, to a wife scolding her husband (Cran in both roles), to him accepting a cheque (in classic business handshake style) as art commission payment.

While art expressionism was on the upswing, Cran chose realism — on its downswing. “Things you weren’t supposed to do, I was interested in.”

To read the entire article please click here or open to the pdf listed below.