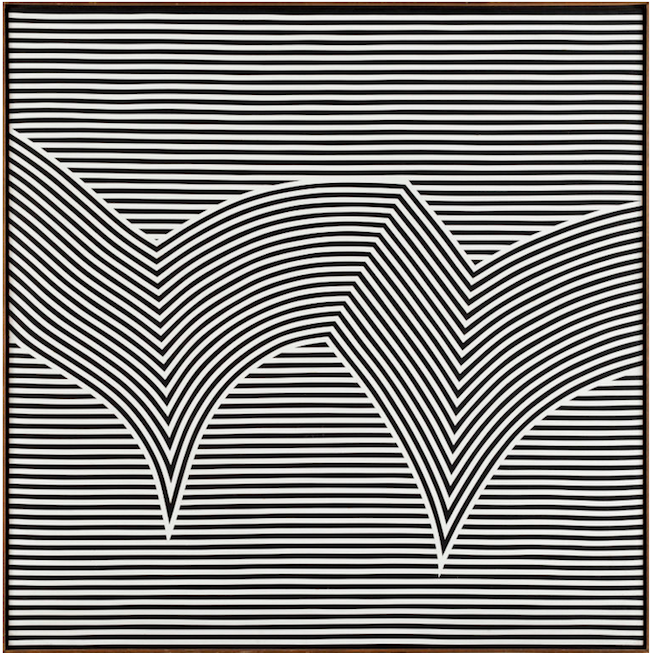 This exhibition is anchored by works by Marcel Barbeau that are in the permanent collection of the Musée d’art de Joliette. Vibrato pays tribute to a great painter and sculptor from Québec, in an exhibition that retraces key moments from the artists Optical period. In 1964, Barbeau moved to New York, after having lived in both Montréal and Paris. This rich cultural and artistic environment ignited the artist’s senses: the incessant movement of the city, cars, passers-by, lights, and the music of jazz clubs – where he dances until dawn – stimulate his interest in movement and kinetics. Barbeau’s first Optical works were made during this period. The purpose of the exhibition is to trace the key moments that led Barbeau to join this movement, while underscoring the importance of this period in the artist’s production.

Born in 1925, Marcel Barbeau is a pupil of Paul-Émile Borduas, at the École du meuble de Montréal from 1942 to 1947. There he meets with a group of young artists who will form the group known at the Automatistes. He made his first abstract works with Jean-Paul Riopelle, experimenting with several techniques, including “dripping”. And Barbeau was one of the signatories of the Refus Global Manifesto. After the dissolution of the Automatistes, he lead a nomadic life across Canada and the United States. By the mid-1960’s, Barbeau devotes himself to optical art. A world-class movement, optical art or Op Art brought together artists whose works, inspired by scientific theories, reveal optical illusions that physiological effects on the viewer. Barbeau kept to the margins of the movement: his works present and preserve an emotional and spontaneous character, despite their apparent rigidity.