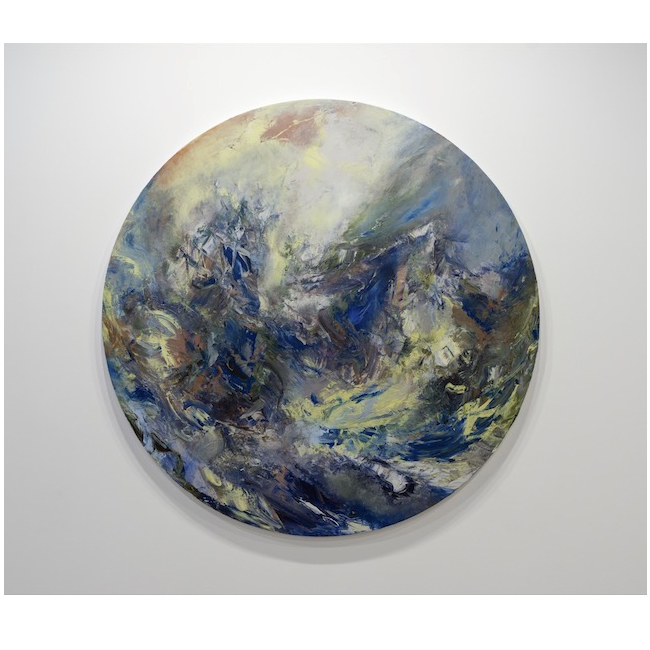 TrépanierBaer is pleased to announce that Michael Smith will be joined by award-winning senior art critic, arts journalist and independent curator Nancy Tousley at the opening of Michael Smith: Illusion Horizon. Together, artist and curator will examine and survey the paintings on view and their respective contexts.

Nancy Tousley has previously written about Michael Smith’s work, and she has poignantly described aspects of the composition of his paintings:

The clear visual clues are to landscapes or seascapes, sometimes it’s difficult to tell which, but the images just hang onto the edge of representation. Everything on the surface seems fluid, full of movement, ready to change and stilled for only a moment, recalling the way that a photograph captures an instant from a temporal flow.

This dialogue is not to be missed!

Nancy Tousley received the Governor General’s Award for Visual and Media Arts for outstanding contribution in 2011. As art critic of the Calgary Herald for more than 30 years, Tousley became known for making art accessible and relevant to the general public and she was the first Critic-in-Residence at the Alberta College of Art + Design ( now the Alberta University of the Arts). Tousley has received numerous awards for outstanding achievement in arts journalism. Since 2016, Tousely has curated nine installations for Glenbow Museum’s One New Work series. These focused exhibitions feature a new work by an artist shown in the company of other works or objects selected to set it within a context.