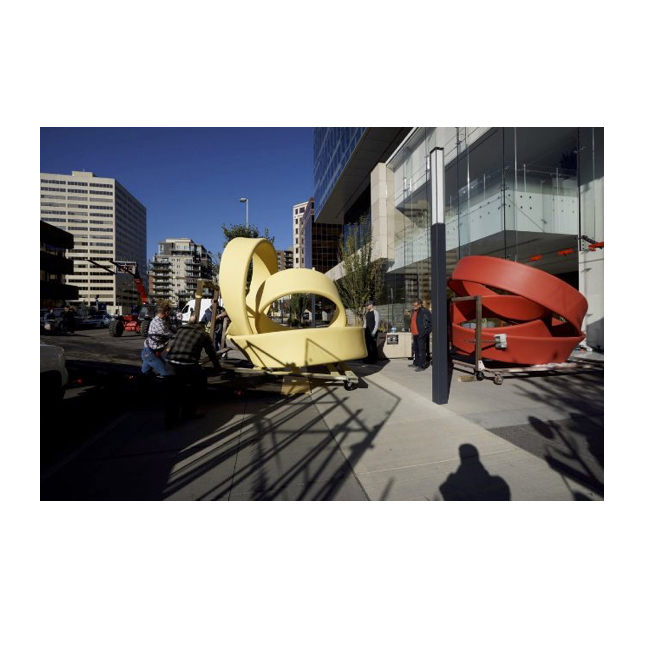 Two new monumental sculptures by James Carl are now on view in the lobby of the Oxford Properties Group Eau Claire Tower in Calgary, Alberta. Titled thing’s end (Eau Claire – red) and thing’s end ( Eau Claire – yellow), both of these undulating painted steel sculptures are over six feet tall and six feet wide. Regarding this project, the artist has made the following comments with respect to the two sculptures and public art in general:

It has been a pleasure working in partnership with Oxford on this multi – year project. …The forms for the work are derived from common rubber bands. For me, public art functions best by asking an audience to think without telling them what to think.  Objects that offer an open-ended source of visual  reflection. It is my hope that the works will function as landmarks on the local landscape, something that identifies the place; and animating,  on an ongoing basis, the public spaces of the Eau Claire Tower.

Don’t miss out on seeing these stunning two sculptures if you are in Calgary’s downtown core.

Later this fall, James Carl will show new work with TrépanierBaer Gallery at the Art TO 2020 Pop-Up at SBG in Toronto. Stay tuned for more details!