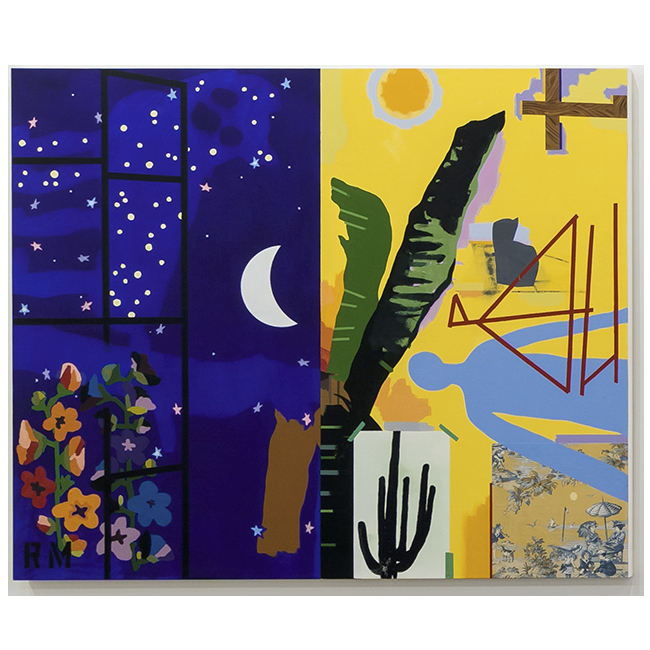 Ron Moppett – Now is When

Exhibition opens Friday, June 11, 2021
On view through June and July

Now is the winter of our discontent made glorious by this summer sun, and a new unabashedly colourful painting by Ron Moppett titled  Now Is When. This major painting is over 20 feet long, and celebrates the four seasons.  The subject matter places Ron Moppett in a longline of artists who have used the seasons as a theme and a metaphor for their work, from Nicolas Poussin’s Les Quatre Saisons (1660-1664) and the 19th century Japanese master Utagawa Kuniyoshi’s wood prints titled The Women’s Pleasures of the Four Seasons (ca. 1840-46), to Jennifer Bartlett’s suite of screen prints titled  The Four Seasons  (1990-1993), and Cy Twombly’s Quattro Stagioni (A Painting in Four Parts), of which he made two versions between 1993-1995. Moppett’s Now is When captures the light, colour,  atmosphere, and the  mood of  the  seasons  as they pass one into the other, shaping our engagement with time, place, and imagination.

To compliment this exhibition, TrépanierBaer is preparing a video interview of Ron Moppett at his studio – in situ – and at the gallery, where he will discuss the context of his new painting and his practice. The release of the video is forthcoming

In the meantime, now is when you should visit TrépanierBaer to see Ron Moppett’s newest oeuvre, along with other works recently released from the studio.